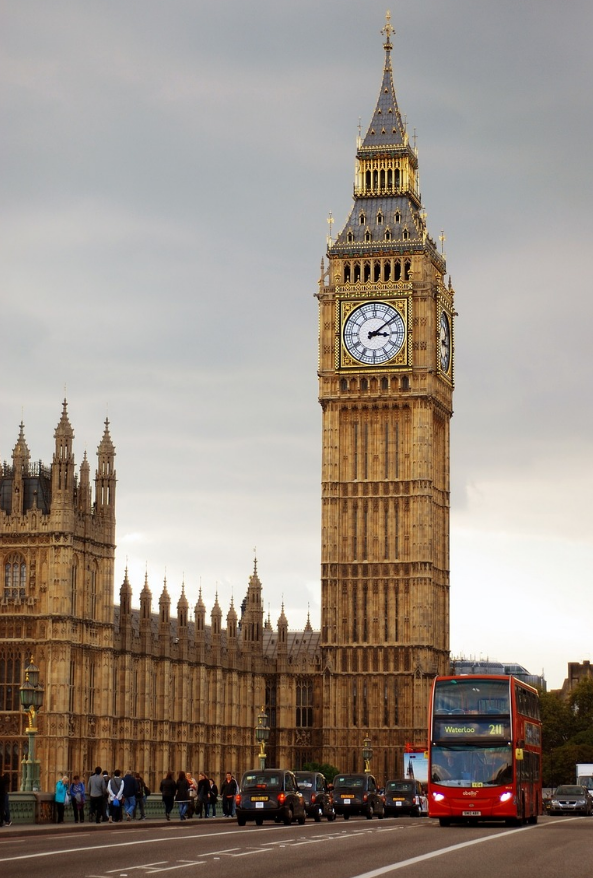 One of the most Instragrammed sites in the world, Big Ben is the clock tower that was built as part of the Houses of Parliament in 1844 after a fire destroyed much of the Palace of Westminster in 1834. Big Ben first rang on May 31, 1859 and is famous for its accuracy and its massive bell. The name Big Ben actually refers to the great hour bell, which weighs more than 13 tons, but the entire clock tower has been associated with the name. The tower itself was named St. Stephen’s Tower until 2012 when it was renamed Elizabeth Tower at the celebration of Elizabeth II’s Diamond Jubilee, celebrating 60 years on the throne.

Big Ben, the massive bell, had to be cast twice as the first attempt cracked irreparably. The metal was melted down, recast and installed in 1859. The second bell developed a crack as well and was kept out of service until repaired in 1862.

And here are some additional interesting facts about Big Ben:

Have you seen Big Ben in person? Maybe climbed the 334 steps to the belfry? Share your pictures on our Facebook page! And don’t forget, if your clocks need service, stop by Bridgewaters!