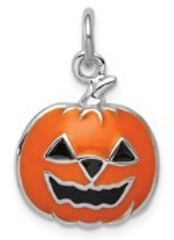 Better known to us as Halloween, All Hallows Eve dates back to the day of the Celtic festival of Samhain. The day marked the end of summer and the harvest and the beginning of the winter which was associated with death. They believed that the boundary between the worlds of the living and the dead became blurred on this day and the ghosts of the dead returned to earth. The Celts built large bonfires and wore costumes to ward off the ghosts.

In the 9th century the Catholic church made November 2 All Soul’s Day to honor the dead. It was celebrated similarly to Samhain with bonfires, costumes and parades. The celebration was also called All-hallows and the night before All-Hallows Eve which eventually became Halloween.

In the United States, during colonial times, this time was a celebration of the harvest and featured stories of the dead, dancing and singing and mischief making. It wasn’t until the second half of the 19th century that Halloween was popularized around the whole country.

Styles of Jewelry November Birthstones – So Many Choices