November Birthstones – So Many Choices 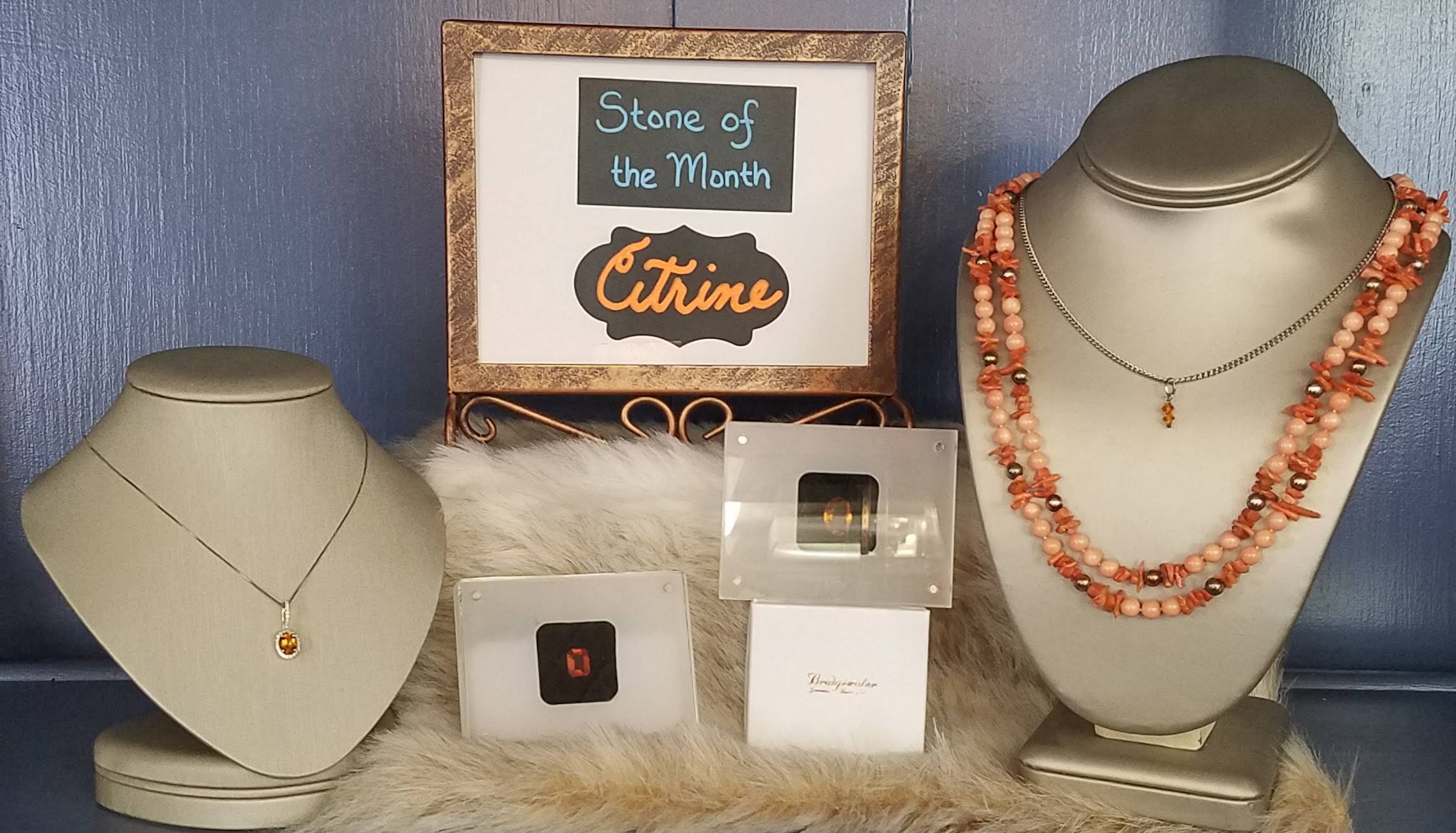 Those born in November have so many great, affordable choices when picking jewelry featuring their birthstone! With both Topaz and Citrine as their gems, the options are nearly endless.

Citrine is known for its beautiful yellow and orange hues. Citrine, derived from the French word citron meaning lemon, can be created by heat treating amethyst making citrine one of the most abundant and affordable yellow stones on the market. It is also the 13th wedding anniversary gift.

Although pure Topaz is colorless, it can be found in any color of the rainbow. Topaz has been thought to give the wearer strength or thwart magic spells and dispel anger. Blue topaz, created by treating colorless topaz with irradiation and heating, is the gem of the 4th wedding anniversary and Imperial topaz, which is pinkish orange, is the gem of the 23rd wedding anniversary.

If you are looking for a durable, affordable and beautiful gem, Citrine or Topaz might be up your alley. Stop by Bridgewater’s to pick out your new favorite piece of jewelry featuring one of these beautiful gems.