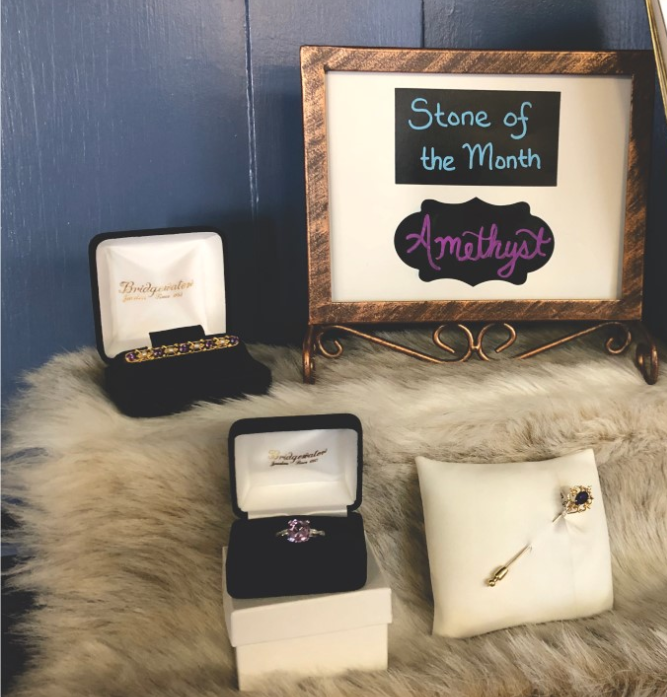 For those lucky enough to be born in February, your birthstone is the amethyst, a purple quartz, which comes in hues from lilac to deep purple. Its name derives from the Greek amethystos which means “a remedy against drunkenness” because the Greeks associated its wine-like color with Bacchus, the god of wine. Amethyst was believed to keep the wearer clear-headed and quick witted in battle and business.

In addition to the beliefs of the ancient Greeks, English royalty and clergy wore it as a symbol of royalty or as a symbol of Christ. It was held in the same regard as diamonds until more abundant supplies were found around the world. In true connection to the month, historical accounts held that St Valentine had an amethyst ring carved with an image of Cupid.

Amethyst is also the stone for both the sixth and 17th wedding anniversary. There are so many reasons to add this gem to your collection! Stop by Bridgewaters to see the beauty of this purple stone.

Valentine’s Day – Mysterious Origins Are You Ready for Some Football?!