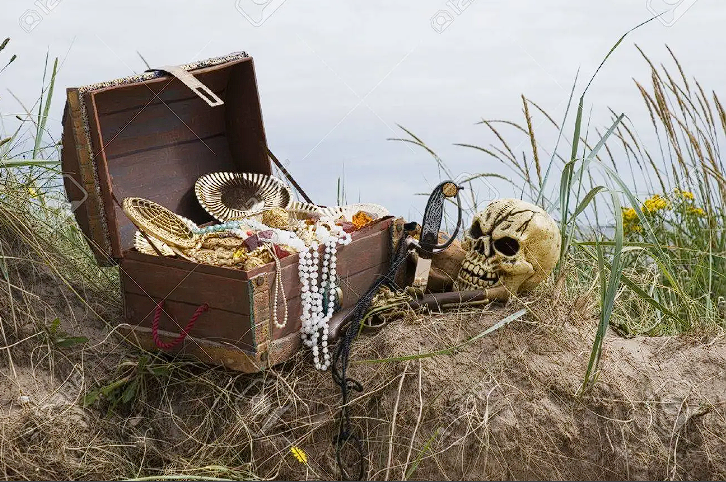 Have you ever wondered what jewels might be just waiting to be found from pirate treasure? We wondered too and found some interesting stories as we dove in! We learned that most pirate treasure is gold, not diamonds or other jewels, however there are a few tales about diamonds.

Captain William Kidd, in 1699, hid several bags of treasure, including a large number of diamonds, with a family on what is now Long Island while he traveled to Boston to try to prove himself innocent of piracy. The diamonds and other treasure remained hidden until 1866 and were traced back to the ship The Quehda Merchant. With only these bags recovered, which is a small amount of the booty originally aboard the ship, the rest of the treasure is still lost.

In 1721, Captain Oliver La Bouche, known as The Buzzard, plundered an English ship rich with gold bullion and diamonds. The men shared out the bullion (reportedly 5,000 per pirate) and the diamonds. Each pirate received 42 diamonds except one, who was given the single large diamond. Not understanding how diamond value works, he assumed it would be worth more in multiple pieces and smashed it into smaller fragments.

We would love to find the remaining treasures whether gold or diamonds! Stop by Bridgewaters to find your own treasure!

Tips for Buying Jewelry as a Gift Engraving: An Art from Ancient Times to Today