The Gem that Held Lightning 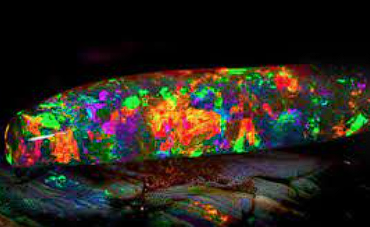 As we have mentioned before, those born in October have both a modern and traditional birthstone. October features both opals (traditional) as well as pink tourmaline (modern).

Precious opals diffract light, displaying the colors of the rainbow, which is known as “play of color.” This play of color has been compared to volcanos, galaxies and fireworks. Bedouins believed that opals held lightning and fell from the sky during thunderstorms.

Opals can be just about any color, with black being the most rare and white, gray and green the most common. While opals are found around the world, Australia is where the majority are mined, including prized black opal among other colors. Mexico is known for producing fire opal in yellow, orange to red.

The most expensive opal in the world is the Virgin Rainbow. Discovered in Australia, this very rare opal fluoresces with a rainbow of colors. It is worth over $1 million.

Love opals? Have a 14th wedding anniversary coming up? Stop by Bridgewaters to find your perfect gem.